This 12-MW solar farm installed on the system of Ouachita Electric Cooperative Corporation—a 100 percent CFC borrower—helped retain a key commercial and industrial account as well as hundreds of local jobs.

Ouachita Electric Cooperative Corp. (OECC), a 100 percent CFC borrower in Arkansas, recently did something few distribution cooperatives are able to do: It asked its state regulators to approve a 4.5 percent decrease in member rates. The lower rates were made possible by savings reaped from a series of innovative solar and energy efficiency projects deployed over the past three years.

The impetus for OECC’s initial solar project came from a large industrial customer that wanted a renewable energy project. “Aerojet Rocketdyne was our single largest consumer and a major employer in our area,” explains OECC General Manager Mark Cayce. “We needed to keep those jobs in our service territory, so we decided to assist them in installing a 12-MW solar project.”

Under Arkansas law, OECC couldn’t sell the power directly to its member customer. So, OECC worked closely with its G&T, Arkansas Electric Cooperative Corp. (AECC), state regulators and project developer Silicon Ranch Corp. to construct the solar array behind Aerojet Rocketdyne’s meter. OECC also worked with the parties to draft a unique power purchase agreement in which the defense contractor receives up to 100 percent of its electricity from the solar plant, and AECC purchases all excess generation.

The plant, which came on-line in early 2016, was the first utility-scale solar array built in Arkansas. Aerojet Rocketdyne currently uses about half of the plant’s energy, while AECC purchases the rest. Although the solar project resulted in OECC losing power sales to its largest customer, it also reduced OECC’s summer peak demand by up to 30 percent, which has lowered the cost of power for OECC’s more than 7,000 members. The cooperative was also able to keep a large employer in its service territory, and Aerojet Rocketdyne has added more than 225 full-time jobs since the project was completed, boosting OECC’s residential load.

For its efforts working to get this innovative project built, OECC was named Electric Cooperative Utility of the Year by the Smart Electric Power Alliance (SEPA) in 2017.

“The solar installations have lowered our peak demand by approximately 8 MW and our energy efficiency efforts have contributed an additional 2 MW. That, together with some growth on our system, has made this rate decrease possible.” 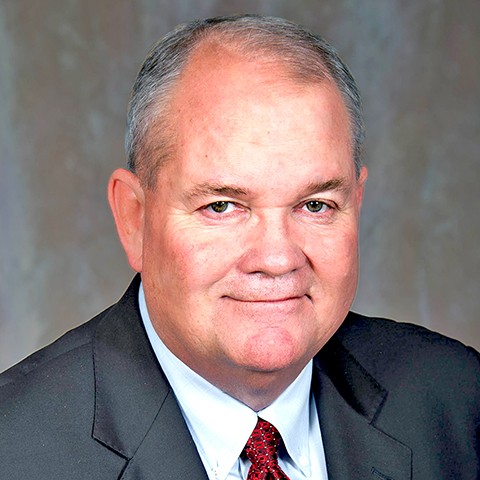 This initial success led to other solar projects, including a 93-kW array to power OECC’s own operations. “As we worked on the Aerojet Rocketdyne project and realized that it would also shave our peak demand, we decided to build a separate solar array to serve our own office and warehouse facilities,” Cayce says. That array went live in 2016, and powers up to 95 percent of OECC’s operations.

In 2017, OECC constructed a 1-MW community solar project, and today, Cayce said the cooperative has “several more projects currently in the works.” The reaction from OECC members has been “overwhelmingly positive,” Cayce adds. “And now, with almost every member receiving some benefit, that enthusiasm is growing.”

Through this voluntary, tariffed investment program, OECC covers the upfront cost of home energy efficiency upgrades without requiring the building owner (or renter) to take on new debt. OECC recovers program costs on the monthly utility bill with a charge that is less than the savings generated. The upgrades, which can include insulation, air sealing, new HVAC equipment and even residential solar, generate immediate net savings for consumers and make electricity more affordable for members.

More than 10 percent of OECC’s full-time residential members—600 homes—have received energy efficiency upgrades through the program, and homes are averaging a reduction of more than 16 percent in their electricity costs. Cayce notes, “Investing in our membership is paying dividends to everyone and has proven to be a very secure investment.”

Collectively, the savings generated by these innovative projects has enabled OECC to file for a reduction in member rates. “The solar installations have lowered our peak demand by approximately 8 MW and our energy efficiency efforts have contributed an additional 2 MW. That, together with some growth on our system, has made this rate decrease possible,” Cayce says.

The Cooperative Model Is ‘Alive and Well’

With an operating focus rooted in boosting benefits to members, OECC also has been involved in bringing broadband to its community, in conjunction with South Arkansas Telephone Co. “Our work with solar and energy efficiency led us to a partnership with our local telephone company to bring fiber Internet to our members and the surrounding area,” Cayce remarks. “The slowest thing about high-speed Internet is getting it built, but we currently have about 650 customers, and we’re adding new subscribers every week.”

All of these projects have helped reinvigorate the business climate in OECC’s service territory. “It’s absolutely amazing the changes occurring because of our investments in renewables, efficiency and fiber Internet,” Cayce concludes. “We’ve found that partnering with our local industries to help them get renewable power, investing in our member’s homes and working with our local phone company to bring fiber to our membership is helping everyone. There are now ‘help wanted’ signs around town, there is new development occurring and people are wanting to move back home to raise their families. The co-op model is alive and well.”

To place an order for business services please follow the link below.